"Enzyme Energy Diagram" by Fvasconcellos is licensed under CC BY-SA 3.0

"Enzyme Reaction" by Fvasconcellos has "No Known Copyright"

The general formula for the catalytic reaction involving the enzyme and substrate is defined below. E = Enzyme, S = Substrate, ES = Enzyme-Substrate Complex

Sometimes the activation site on an enzyme is not the right shape to fit the substrate, but it is possible for a molecule, named an “Activator”, to bind to an allosteric region of the enzyme in order to change the shape. This now permits the substrate to bind to the enzyme and continue through its catalytic reaction.

"Allosteric Site" by Openstax is licensed under CC BY 4.0

An enzyme inhibitor is a molecule that binds to an enzyme’s activation site or allosteric site and decreases its activity. There are various types of inhibitors, depending on when and where they bind.

A competitive inhibitor is a molecule that binds to the enzyme’s activation site, blocking the substrate from entering.

"Competitive Inhibition" by Fvasconcellos has "No Known Copyright"

The equation below demonstrates that the inhibitor targets the enzyme before the formation of the enzyme-substrate complex.

"Competitive Inhibition" by Sponk has "No Known Copyright"

A noncompetitive inhibitor is a molecule that binds to an allosteric site of the enzyme and changes the shape of its activation site, not allowing the substrate to bind. This type of inhibition is also sometimes called “Allosteric Competitive Inhibition”.

"Noncompetitive Inhibition" by Srhat has "No Known Copyright"

The equation below demonstrates that the inhibitor targets the enzyme before the formation of the enzyme-substrate complex.

"Noncompetitive Inhibition" by Sponk has "No Known Copyright"

An uncompetitive inhibitor is a molecule that binds to the enzyme-substrate complex, and locks it in that state. This essentially prevents the catalytic reaction from taking place, and any products from forming.

The equation below demonstrates that the inhibitor targets the enzyme after the formation of the enzyme-substrate complex.

"Uncompetitive Inhibition" by Sponk has "No Known Copyright"

"Mixed Inhibition" by Giac has "No Known Copyright"

The equation below demonstrates that the inhibitor targets the enzyme before and after the formation of the enzyme-substrate complex.

"Mixed Inhibition" by Poccil has "No Known Copyright"

A solution is called hypertonic when it contains a relatively high solute concentration.

A solution is called hypotonic when it contains a relatively low solute concentration.

A solution is called isotonic when it contains an equal level of solute concentration. 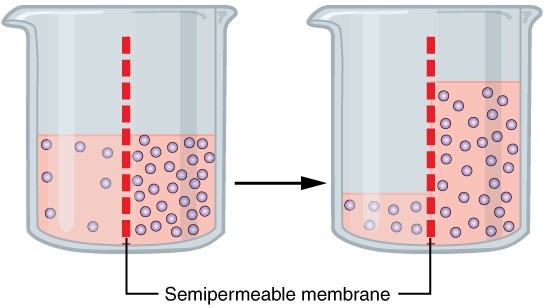 "Osmosis" by Openstax is lisenced under CC BY 4.0

Molecules can only diffuse through a cell membrane based on two important factors:

The osmosis process is ongoing until an equilibrium is reached and the solute concentration becomes equal from both sides of the membrane.

"Diffusion" by Openstax is lisenced under CC BY 4.0

4. The Four Major Macromolecules and Their Functions:

The four major classes of biological macromolecules are:

Carbohydrates have many functions, such as providing energy (glucose), energy storage (glycogen) or even structural support in some plant cells (cellulose).

Carbohydrates can be classified as monosaccharide, disaccharide or even polysaccharide.

An example of a carbohydrate monomer is glucose (monosaccharide)

An example of a carbohydrate polymer would be glycogen (polysaccharide).

"Carbohydrate" by Sarah Greenwood is licensed under CC BY-SA 4.0

There are three major types of lipids: triglycerides, steroids and phospholipids.

They each have unique properties and serve a specific function.

Triglycerides are lipids that are composed of one glycerol monomer and three hydrocarbon monomers called fatty acids. Their main purpose is to store energy.

"Triglyceride" by Bermoda.Hossein.m and modified by Mohsen Alayche is licensed under CC BY-SA 4.0

Steroids are a big family of lipids which include hormones and cholesterol. They play an important role in cell signalling. 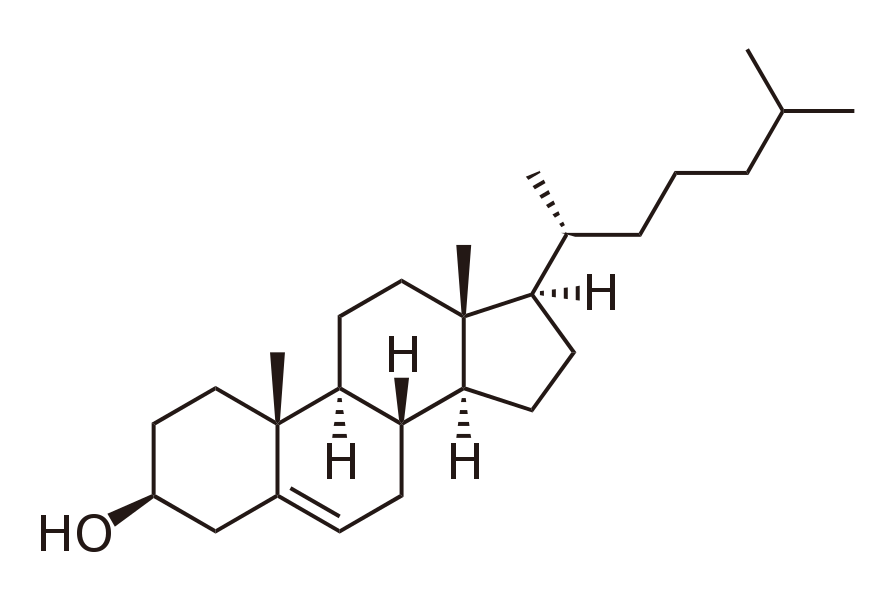 "Cholesterol" by BorisTM is has "No Known Copyright"

Phospholipids are composed of two fatty acid chain monomers, as well as a glycerol monomer and a phosphate group. Phospholipids are therefore non-polar on the hydrocarbon end, but they are polar on the glycerol/phosphate end. This makes them an essential part of the cell membrane and its structure. 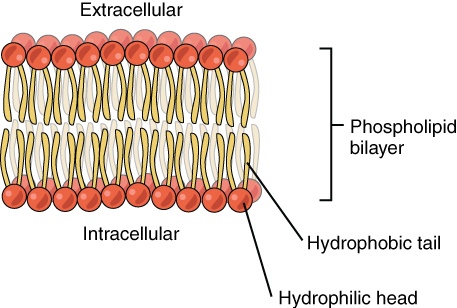 "Phospholipids" by Openstax is lisenced under CC BY 4.0

Proteins play a part in almost all cellular activity. Some of their functions include and are not limited to: transport, reception, anabolism, catabolism, acting as a messenger,  and much more. They are absolutely essential for normal cell functioning.

Proteins are a polypeptide sequence of amino acid monomers. There are 20 different amino acids, and they join together to form a peptide bond. That newly synthesized polypeptide wild fold upon itself before becoming an active protein. 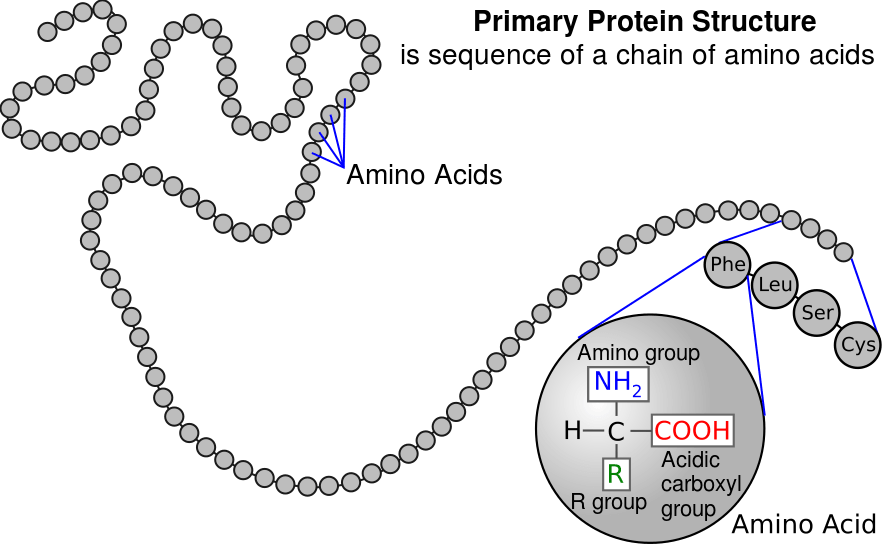 Both DNA and RNA are composed of monomers called nucleotides. We have 5 different nucleotides in our body.

Nucleotides each have 3 components:

1. A phosphate group (identical in DNA and RNA)

3. A nitrogenous base (Uracil only in RNA, Thymine only in DNA)

Those nucleotides are further split into two groups:

1. Pyrimidine: The C, T and U nucleotides

2. Purine: The A and G nucleotides

In a nucleic acid chain, the bases pair with each other, which leaves the phosphate group and sugar group to form the backbone.

RNA has a ribose sugar, which is why it is called ribonucleic acid (RNA).

DNA has a deoxyribose sugar, which is why it is called deoxyribonucleic acid (DNA) 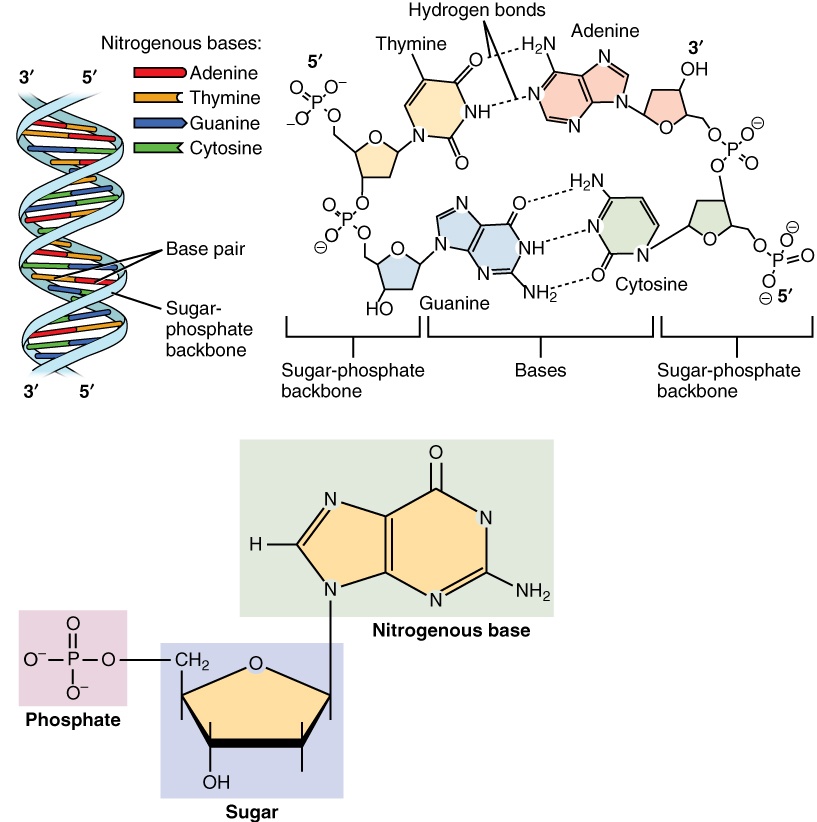 "DNA Nucleotides" by Openstax is lisenced under CC BY 4.0

All biological molecules have at least one functional group. Functional groups are specific molecules grouped together and they give the overall macromolecule some chemical properties. Those proterties can help two molecules bind together, or the opposite, push away from each other.

A hydroxyl group has an OH linked to the molecule (so an oxygen and hydrogen). A molecule with an OH group linked to it is called an alcohol. The "R" in this image below represents the rest of the molecule. 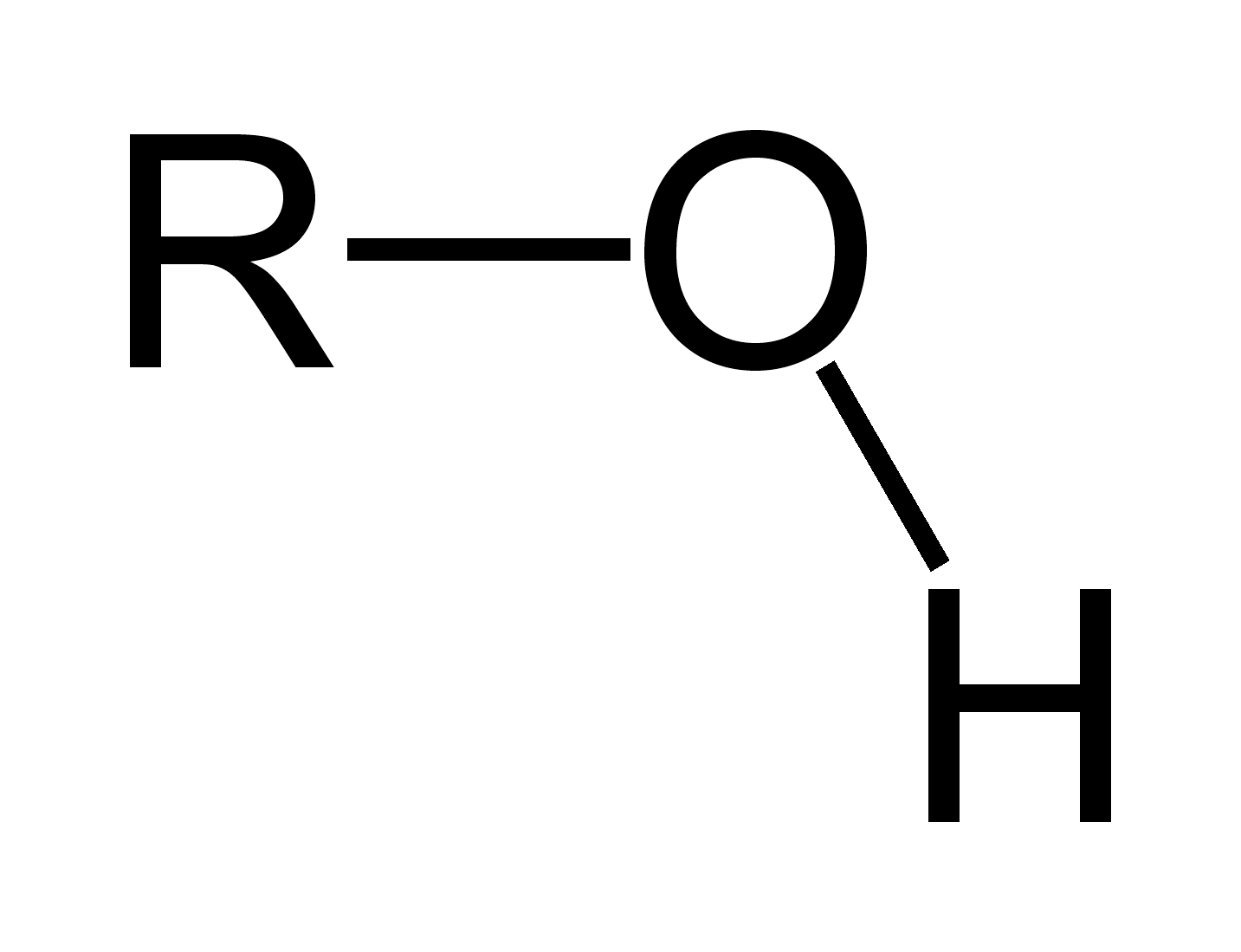 Hydroxyl by BenJah-bmm27 has "No Known Copyright" 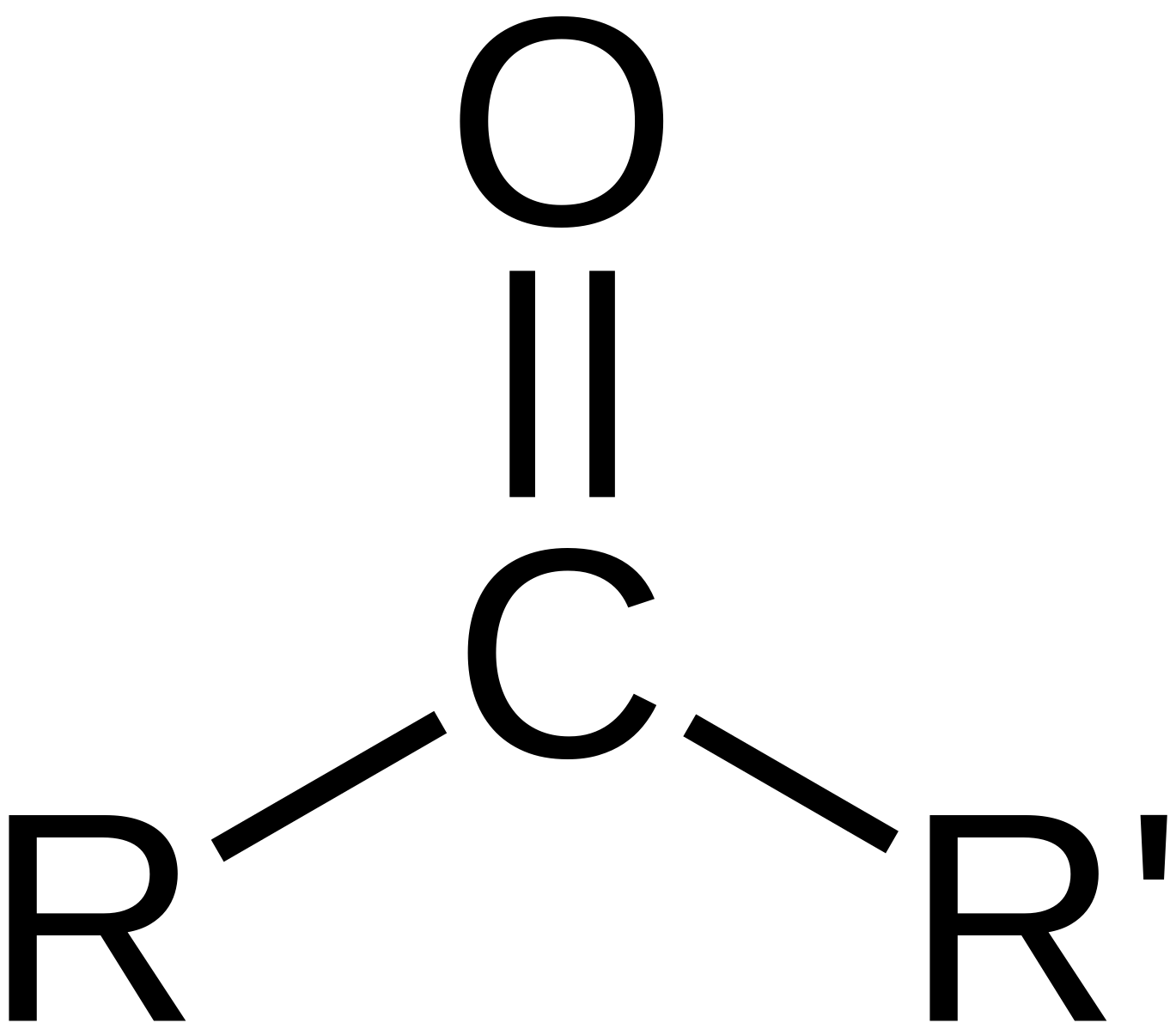 Carbonyl by Unkown has "No Known Copyright" 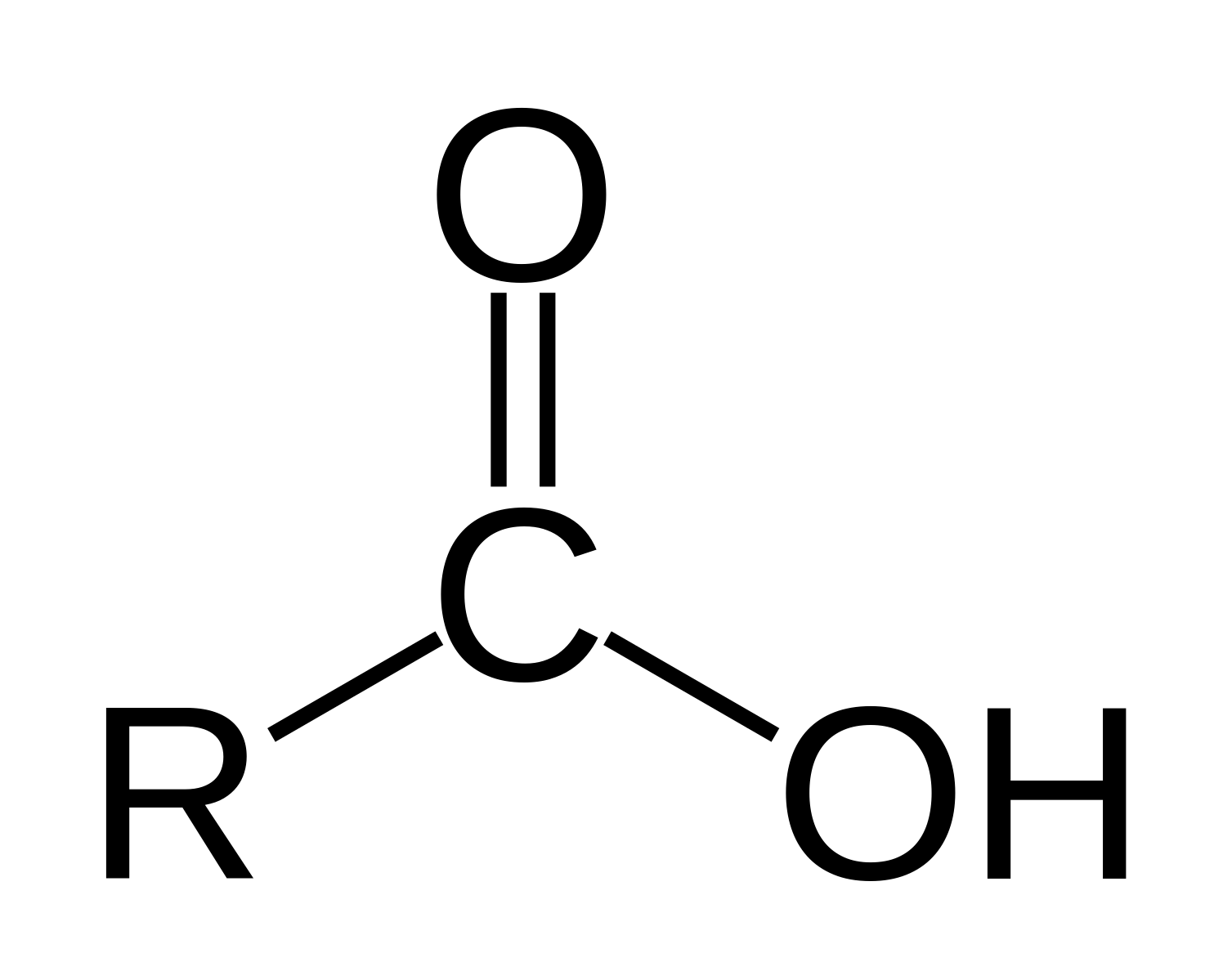 Carboxyl by NEUROtiker has "No Known Copyright"

*Amino acids (monomers and building block of proteins) have an amino group (so a nitrogen) and a carboxyl group (so a COOH). That's why they're called amino acids. 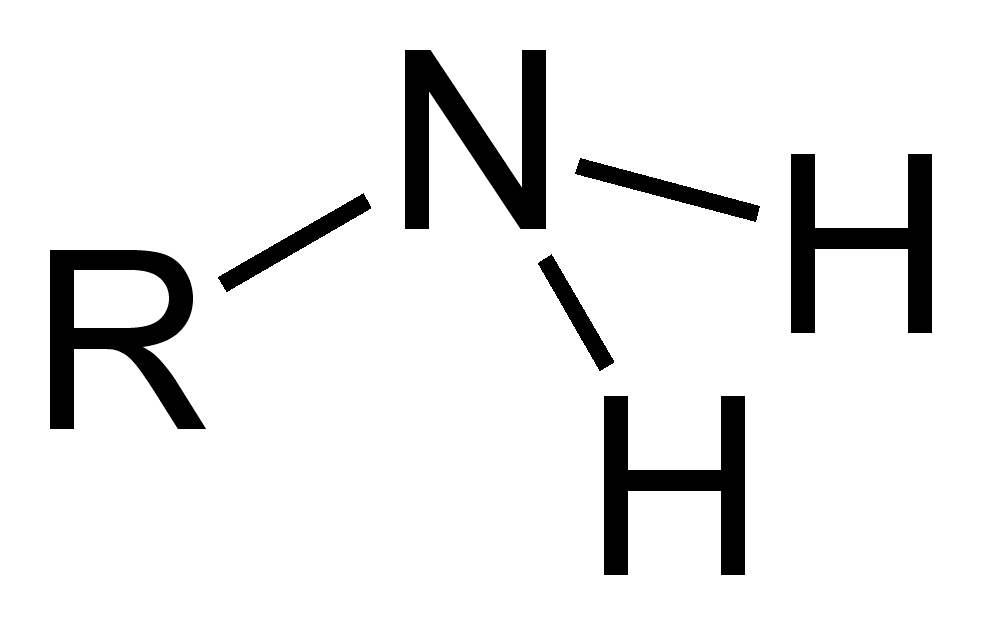 Amino by Benjah-bmm27 has "No Known Copyright"

A phosphate group has a PO43- linked to the molecule (so a phosphorous linked to four oxygens). Phosphate groups are amongst the most important for DNA synthesis and for energy production. 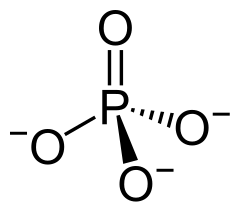 Phosphate by NEUROtiker has "No Known Copyright"

Biochemical reactions are taking place continuously throughout our bodies. They serve many purposes, and are essential for our survival.

The four main types of biochemical reactions are:

Redox reactions are necessary for us to harness the energy the food that we eat. For example, fatty acids have to undergo a process called "beta-oxidation" in order to be broken and produce energy. Similarly, glucose (sugar) molecules must also be oxidized for our body to harness the energy out of them.

Notice in the redox reaction below, how the glycerol is losing 2 hydrogens, and thus forming a new double bond with the oxygen. So in this case, we can say that the glycerol got oxidized. Please note, that if this chemical reaction was running in reverse, we would say that the dihydroxyacetone is being reduced!

Oxidation by Ali Salsa is licensed under CC BY-SA 3.0

As mentioned previously, our body needs fatty acids to undergo beta-oxidation to produce energy. However, fatty acid chains are usually linked to a glycerol molecule to form a triglyceride. So our body will engage in a hydrolysis reaction to break down the triglyceride and free the fatty acids from the glycerol backbone.

Hydrolysis by Sarah Greenwood is licensed under CC BY-SA 4.0

Condensation reactions are essential for protein synthesis. Two amino acids will link together to form a new and longer chain, while releasing a water molecule in the process.

Condensation by V8rik has "No Known Copyright"

Neutralization reactions occur when an acid and a base react together to form water and salt. This reaction is exothermic, and so heat is released from this reaction.

This reaction plays an important role in acid-base homeostasis in our body. If the pH get's too high or too low, a neutralization reaction will take place to bring back the pH to a normal level.

After the formation of the earth 4.5 billion years ago, prokaryotes were the first single-celled organisms to appear. Long afterwards, eukaryotes started to appear. Lastly, multi-cellelular organisms appeared, and they were all composed of eukaryotic cells.

Take a look at this image, and pay attention to the purple (prokaryote), dark blue (eukaryote) and light blue (Multicellular life) lines to see a visual representation of the evolution of life.

"Geological Clock" by Woudloper has "No Known Copyright"

Prokaryote cell organelles and their functions:

2. Cell Wall - Covers the whole cell and protects it while also giving it a specific shape.

3. Capsule - Also surrounds the cell, prevents it from being ingested.

4. Cytoplasm - A watery substance inside the cell that contains enzymes, salts and organic molecules.

6. Nucleoid - Area where the circular DNA is present in the cytoplasm.

8. Flagellum - Cell "tail" that helps it move from one location to the other. 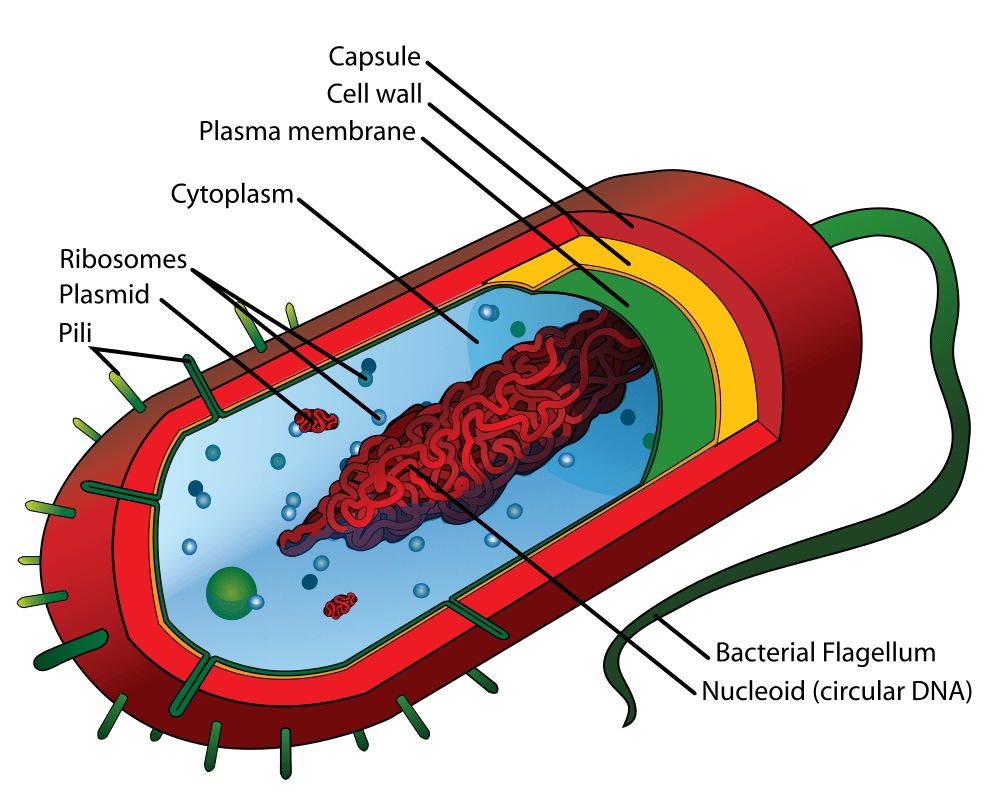 "Prokaryote" by Mariana Ruiz Villarreal has "No Known Copyright"

Eukaryote cell organelles and their functions:

1. Nucleus - Contains all the genetic material in the form of chromosomes (which are made of DNA).

3. Mitochondria - Produces energy for the cell.

4. Endoplasmic Reticulum - Synthesizes lipids and proteins. Distributes proteins to the rest of the cell.

6. Lysosome - Breaks down molecules with their digestive enzymes.

In plant cells there are also: 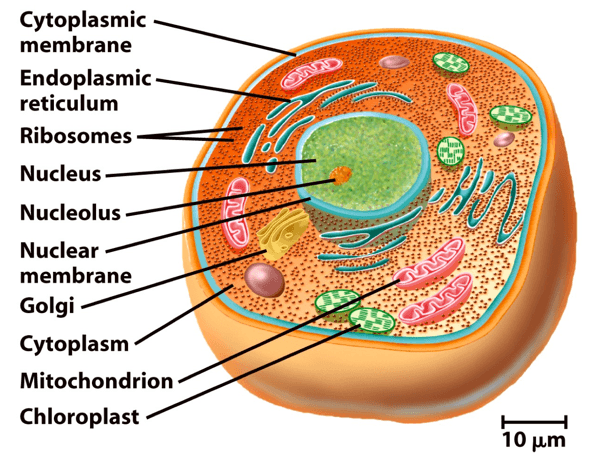 The four parts common to all cells:

1) DNA. It is the genetic material found inside a cell.

2) Ribosomes. They are essential to synthesize polypeptides (proteins).

4) Plasma membrane. It is essential as it holds the cell together and separates it from the outside world.

The mitochondria endosymbiotic hypothesis suggests that the mitochondrion used to be an independent singular prokaryote (with its own DNA) until it underwent phagocytosis and lived symbiotically inside another prokaryote.

A cell membrane is a semipermeable membrane that surrounds the cytoplasm. It separates the cell from the outside world, and it controls what goes into and out of the cell.

The cell membrane is composed of a phospholipid bilayer and contains maybe lipids and proteins, each serving their purpose.

1. Phospholipids - They have the non-polar ends facing each other, with the polar end facing the outside because they're hydrophilic.

2. Cholesterol - Essential for structural support, holds the cell membrane together.

4. Transport proteins - Transport of molecules through the membrane

5. Globular proteins - They are transport proteins.

*Integral proteins - Any protein that goes through the entire phospholipid bilayer

Transport through the cell membrane is either classified as passive transport or active transport.

Since the molecule here is going with its concentration gradient, energy is not required. However, passive transport is further divided into two classes: 1) Passive diffusion and 2) Facilitated diffusion.

2) Facilitated diffusion however, is the diffusion through the membrane, but with the help of a protein.

Since the molecule here is going against its concentration gradient, it will require a protein and energy, usually in the form of ATP. 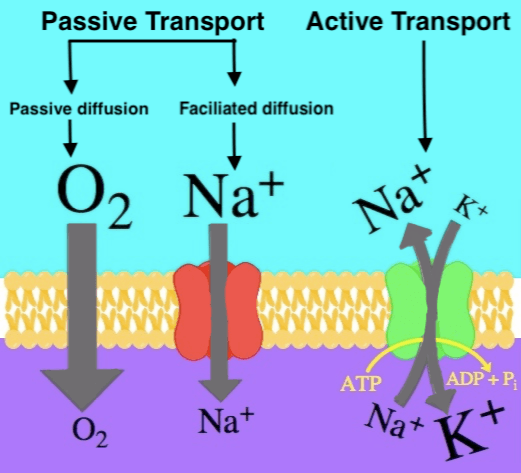